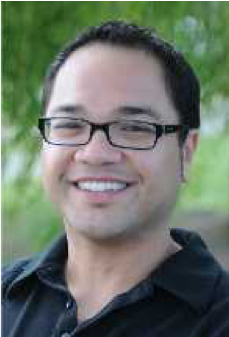 Seattle, August 20, 2018 – Manuel R. Cawaling has been selected as Cultural Access Washington’s (CAWA) Executive Director, the CAWA board announced today. Mr. Cawaling will take his new position on September 17, 2018. He succeeds James Kraft, who has served as CAWA executive director since May 2016. Mr. Cawaling has served on CAWA’s governing board of trustees for two years.

“I am delighted that Manny has stepped in to lead the next phase of Cultural Access Washington and advance our efforts to bring a new cultural access program back to King County voters for approval in the next couple of years,” said Benjamin Moore, CAWA Board Chair. “Manny brings a wealth of experience leading community centered arts organizations and initiatives, and is highly respected as an advocate for policies and programs that foster a vibrant cultural sector in King County.”

Cultural Access Washington is an advocacy organization focused on increasing access to cultural experiences statewide with the priority of reaching residents who encounter barriers to access. It is also a coalition of more than 50 cultural, science and heritage institutions. With the appointment of Mr. Cawaling, CAWA is positioned to fulfill its mission to foster legislation in King County and across Washington State to create cultural access programs approved by a vote of the people.

Mr. Cawaling has served as executive director of Mercer Island’s Youth Theatre Northwest (YTN) since 2008. During that time YTN has significantly increased its earned and contributed revenues, expanded class and performance offerings, created a beneficial partnership with the City of Mercer Island and raised signficant funds toward the build of Mercer Island Center for the Arts, where YTN will be the anchor tenant. Prior to his tenure at YTN, Mr. Cawaling was the managing director of Langston Hughes Performing Arts Center, and held leadership roles at Wing Luke Asian Museum, Northwest Asian American Theatre, Nippon Kan Theatre and others. Mr. Cawaling also has extensive community service experience including advisory roles at Washington State Arts Alliance Foundation, Seattle Office of Arts and Culture, and Seattle Center.

"I'm thrilled for this opportunity to champion the needs of cultural organizations and communities across King County and Washington State,” said Mr. Cawaling about taking the helm at CAWA. “My career-long commitment to equity, diversity, social justice and cultural education will inspire my leadership as I work to unite organizations of all sizes around an initiative that will remove barriers of access to cultural programming, while strengthening community life and propelling economic prosperity.  Cultural programming brings tremendous value and I pledge to assert this in every forum and for every audience. I ask everyone in our field to join this movement. We are at a critical juncture in society where creativity and our field's community values offer a compelling vision for the future."

In partnership with CAWA’s board of directors and member organizations, Mr. Cawaling will work to strengthen the organization’s capacity to support a statewide vision for advocating all issues of mutual interest to the cultural sector while pursuing  a cultural access ballot initiative in King County. CAWA’s capacity for positive change lies in its broad coalition of organizations and individuals providing arts, science and heritage experiences for widespread public benefit and connected, vibrant communities.  Mr. Cawaling will lead efforts to articulate this impact and the many benefits of a publicly supported cultural access program.

In 2006, the Prosperity Partnership, a coalition of business, labor, government, non-profit, and educational leaders in the Puget Sound region, created a Cultural Taskforce to focus on strategies to support improved access to Puget Sound cultural organizations. The Cultural Taskforce recommended that the State of Washington authorize the local creation of cultural access funds, statewide. Cultural access legislation was signed into law by the Governor in 2015.

Today, Cultural Access Washington is a coalition of more than 50 cultural institutions with a mission to transform communities across Washington State through the inspiration of arts, science and heritage experiences. Its twenty-five person board is comprised of a diverse representation of advocates and leaders from cultural organizations of all budget sizes and disciplines.

For more information, please contact Benjamin Moore, Cultural Access Washington Board Chairman, at This email address is being protected from spambots. You need JavaScript enabled to view it..

Passed and signed into law in 2015, the Cultural Access Program authorizes any county in Washington State to put before the voters a measure to provide sustainable funding to increase Access to Cultural, Science and Heritage organizations in that county.

How does the program work?

Manuel R. Cawaling has been selected as Cultural Access Washington’s (CAWA) Executive Director, the CAWA board announced today. Mr. Cawaling will take his new position on September 17, 2018. He succeeds James Kraft, who has served as CAWA executive director since May 2016.

Become a Friend of Inspire Washington

Join as an Organizational Member of Inspire Washington

Please help us in this effort!